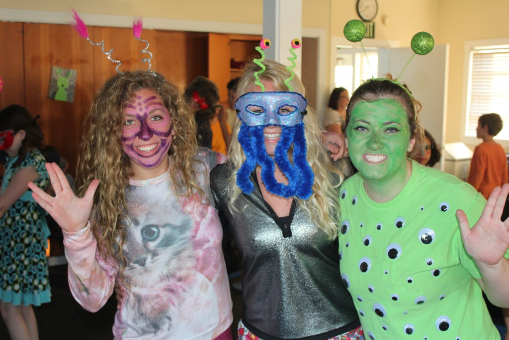 Dr. Michael Postma is a consultant, speaker, and author dedicated to the holistic development of twice-exceptional children and other non-typical learners through his company Agility Educational Solutions. Dr. Postma holds a Bachelors Degree in Classical History, a Masters Degree in the Gifted, Talented & Creative Programming, and a Doctorate in Educational Leadership (Critical Pedagogy). Over the last two decades, Dr. Postma has worked as both a teacher and administrator in the public school system and was the architect of the Minnetonka Navigator Program, a magnet school for highly and profoundly gifted students. He currently lives in Fort Mill, SC and is the father of four children, two of whom have Aspergers. Michael works most camp activities and loves engaging the campers in Criminal Minds, a game he created.

Lisa White is a licensed psychologist who spends the other 51 weeks of the year working at Summit Center, where she provides comprehensive psychoeducational and neuropsychological evaluations and consultations with families. She has been working with gifted children and families since 2003, and has been on staff at Camp Summit since 2011. Her own summers at overnight camp as a child and teen helped Lisa become who she is, and she loves that camp is place where kids can truly be themselves. Her favorite activities at Camp Summit are philosophy, girl talk, and going to the beach. 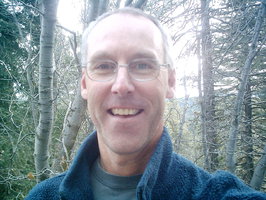 Craig Reisgen is the owner and developer of High Performance Math, an online math and racing competition. He has a degree in developmental psychology and mathematics. Mr. Reisgen has been a program director at Club Wilderness, a Boys and Girls Club of Hollywood camp, which used to be located in the San Bernardino Mountains. At Club Wilderness, he directed and taught outdoor education and experiential programs. The outdoor education programs included biology, geology and environmental education. The 5 day experiential program included a hike into the wilderness, four nights of tent camping, orienteering, ropes course, horse riding, canoeing and mountain biking.

Craig is a special Leader at Camp Summit. Owner and inventor of Hiper Math, an arcade racing game in which campers can design and build race cars through the solving of tough math problems, Craig is also known as Camp Summit’s resident Dungeon Master, a hallowed and envious position, indeed.

A Camp Summit veteran, Gabby always brings a smile to whatever activity that she is involved in. In addition, Gabby, along with Lisa, bring excellent organizational skills to camp as they work with Wendy to get all those campers registered in a timely manner. Gabby is involved in numerous camp activities and even tried her hand at managing a group in the Criminal Minds activity.

New to Camp Summit is 2015, Mary jumped into all the camp activities like a true veteran and helped to lead the campers in a number of activities. In addition, to assisting with the usual offerings, Mary brought a few additional fun items to camp including Geo-Caching.

Stacy Jones was also new to camp in 2015 and brought with her a contagious enthusiasm that helped make Camp Summit an electric experience for all our campers once again. Stacy was involved in numerous activities but stands out as the one who was willing to take on the intricacies of Dungeons and Dragons along side Craig. Apparently, it went very well. In the words of Dungeon Master Craig, ‘she could take over for me and we wouldn’t even notice the difference’. That is high praise from the King of D & D.

Cynthia holds the important role of nurse at Camp Summit and without her camp just would not be the same. The daily chore of checking in on the campers to ensure they are taking their meds, eating the proper meals, as well as giving a little TLC to the usual cuts and bruises keeps camp running smoothly day after day. In addition, Cynthia can be found interacting and having fun with the campers throughout camp.

Camp Summits' lead counselor extraordinaire, Stephanie currently attends the University of Arizona studying Education after which she plans to teach Middle School Mathematics. She has been with Camp Summit since its conception and can't imagine life without it.  Stephanie engages in all camp activities and she sums it all up thus, "Camp Summit rocks!"

Ellie Oliver is a college student at UC Davis and has been a part of camp since its second year. Ellie brings joyful enthusiasm to all her tasks and is a popular counselor amongst the campers. Ellie loves to hike, run, and take campers to the beach where she can be found kicking the soccer ball around with our campers.

Heber Jimenez has been a part of Camp Summit for many years. A native of Los Angelos, Heber participates in all camp activities with zest and his usual big smile. Whether LARPing with the campers or engaging in classic round of Capture the Flag, Heber is literally everywhere making sure our campers are having a wonderful time.

Ryan Hansen, a fellow UC Davis student alongside Ellie, has been part of Camp Summit for almost as long as it has been in existence. Ryan is Camp Summit’s ‘energy bunny’ and participates in almost every activity offered. Ryan loves the outdoors and is a sports enthusiast so he can always be found participating in the hikes, beach trips, LARP, Capture the Flag, and many more activities. Ryan is a vital part in ensuring our camp is a success year after year.

Ricardo has also been part of Camp Summit as a counselor for a number of years. But don’t let his quiet demeanor fool you; Ricardo, who lives in Los Angelos, engages in a large number of camp activities with enthusiasm and is always ready and willing to lend a hand whenever he is asked. Ricardo bonds well with all of our campers and is a master with the (fake) sword…watch out LARPers!

Jessica is another veteran counselor with Camp Summit who plays a vital role in its success. Behind that shy smile is a warm, loving personality that endears her to our campers each year. Jessica likes to participate in all of our activities from hikes to LARP to the Arts and can be found each evening racing across Raven’s backyard in search of that elusive flag.

Emmi Peterson has been part of Camp Summit for a number of years and brings with her a bubbly enthusiasm to all that she does. Emmi loves the outdoors and participates in all our outdoor activities from hikes, beach trips, LARP, and much more. Emmi is also a great artist and likes to share her art skills with our campers. Emmi, along with all our counselors, share a passion for guiding and working with our campers each year.

Michele Kane, Ed.D., Group Leader, is Coordinator of the Master of Arts in Gifted Education Program at Northeastern Illinois University in Chicago. She has served the gifted community as a public school district gifted coordinator; through private programs such as Camp Summit for the Gifted, PG Retreat, and SENG; and in leadership positions within both the Illinois and National Associations for Gifted Children. Michele has numerous articles in print and chapters in Living with Intensity, Off the Charts and The Roeper School: A Model for Holistic Development of High Ability. Michelle and her husband Dan Tichenor have six adult gifted children. We thank Michelle for her contribution to Camp Summit. 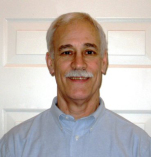 Group Leader Dan Tichenor has had an affinity for nature ever since he and his buddies would spend hours on end at Motlong's Pond. He has had experiences as a journalist, editor, storyteller, teacher of students with special needs and gifted students, as well those of a dad of six gifted (now adult) kids. He has been active in summer programs for gifted kids including those at a private school for gifted, a college program for gifted kids, and a camp for the highly gifted. Dan is a firm believer in the notion of "taking it outside" and his activities are deeply rooted in being outdoors and in learning from the environment. Camp Summit thanks Dan for his contribution to our program. 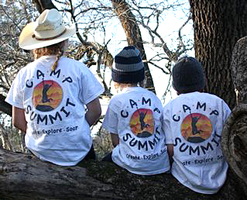 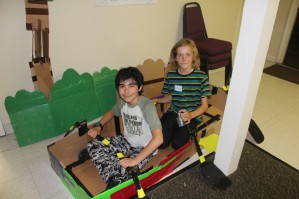 Check out our friends at 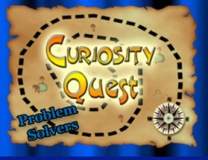